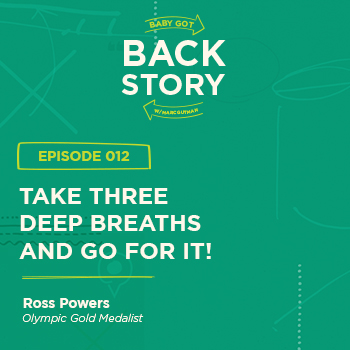 BGBS Episode 012: Take Three Deep Breaths and Go For It!

Ross Powers was a kid from a small town in Vermont who dared to dream big and defy the odds. As a result, at 19 years old, he won the first U.S. medal in snowboarding. Ross may appear humble and soft spoken, but when he has a snowboard under his feet, he’s a stone-cold competitor and sets the standard for what it means to be a pro.

“I actually didn’t realize how big the Olympics were until I got home…couldn’t even go to the grocery store.”

“I just kind of grew up with the sport. An adventurous ride with always something new popping up and something to challenge me.”

“I always think to try to push it harder, if you want to be the best you can and always keep improving.”