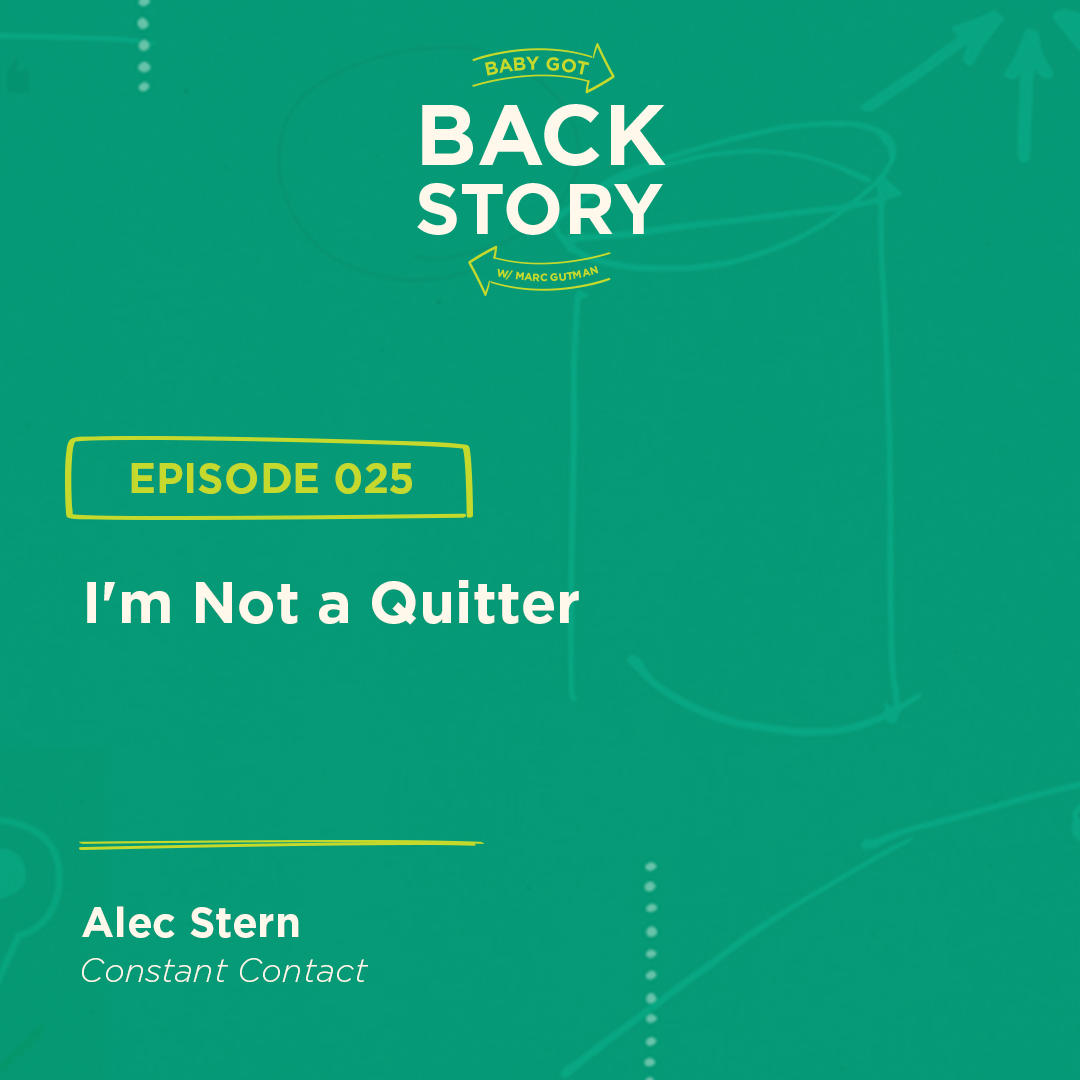 Alec Stern was a kid from New Jersey who had a dream of moving to Boston one day. With his passion for customers and his drive to pursue the life he wanted, Alec co-founded the most well-known email software in the world, Constant Contact. He is sharing how his focus on customers, solving customer problems, and creating value for others helped propel his business to eventually sell for $1.1 billion. Alec is a founder, investor, mentor, and specializes in scaling companies. His story is one of perseverance, resilience, and the true reward of giving back.

Accomplishments are something to build on, not rest on.

The Event That Taught Alec Stern How To Pivot In Life

Growing up, Alec watched his mom transition from a stay-at-home mom to an entrepreneur and business owner, while his father, who was in the textile industry struggled in his ability to balance work and family. Much of Alec’s childhood and high school career revolved around athletics, specifically football and when he broke his back during his senior year of high school, the college athletic scholarships also vanished. Faced with needing to find a new identity, Alec started college as a sociology major and transitioned to business, becoming very involved in campus life. His next pivot came when he had to make the decision to take a job in business while fearing an inability to balance his future family life with work. Thanks to two mentors who were examples of being able to work while being present for their families, Alec knew it was possible to do the same.

How Alec Refused To Take No For An Answer

Alec has refused to take no for an answer more than once in his life. Upon completion of a college project with Prime Computer, Alec wanted to get hired by the company right out of college. This wasn’t something Prime Computers did and all employees hired had 5-10 years of experience and came from large companies, such as IBM and Honeywell. Alec decided to become persistent in his want and need to speak to the Senior VP of Sales and even after being told time after time that his called wouldn’t be taken, Alec opted to be placed on hold until after the Sr. VP came back from a trip to Europe. This resilience is what led him to not only get the call, get the job, but also create a recent graduate hiring program for Prime Computer. This also allowed him to live out his childhood dream of living in Boston.

Alec’s Advice For All Businesses

Alec has co-founded multiple companies, grown companies, sold companies and invests in companies and his goal for Constant Contact was a want to level the playing field for mainstream, small businesses with an easy to use self-service tool. He wanted to drive revenue for businesses instead of being an added expense and the biggest part in ensuring this happened was in delighting the customer. You don’t have to have a finished product to bring to market, but you do have to have focus on your customer and the ability to know who your target customer is. Constant Contact didn’t start with a finished product or revenue, but they had a drive and ability to generate feedback and create a useful product that their customers wanted to use. If a customer said no, Alec took that as “not right now” and would always circle back to the customer.

Are you willing to pivot when faced with a challenge?

For your copy of the Pillars for Achieving Startup Success Workbook, text the word PILLARS to 59925.